Before commencing any work, the Commission decided to analyze the compositional correctness of the existing dictionary. To this end, an expert lexicographic opinion had been drafted. On account of the fact that the Polish version is in many places a faithful translation of the UNGEGN dictionary, whose main part, i.e. the English version, has not undergone considerable changes since the release of the Polish version, remarks included in the opinion and this paper may, to a great extent, be applicable to the English original. These comments may prove useful for the UNGEGN Working Group on Toponymic Terminology as guidelines before undertaking a revision of the Glossary of Terms for the Standardization of Geographical Names.

The analysis has revealed faults in the dictionary construction at each level of its composition. These errors considerably limit the functionality of the work, with the main conclusion of the paper being that it should be thoroughly revised and corrected. The entry list should be extended so as to include terminology more closely connected with the standardization of geographical names, while a number of entries representing auxiliary fields (computer science and linguistics) could be omitted. From the technical point of view, the numbering of cross-reference entries should be abandoned, while the arrangement of multi-word terms, now used erratically, ought to be reconsidered (e.g. by changing their word order). Furthermore, reference structure needs revising, so as to remove double cross-referencing or inconsistent redirections to other entries from some definitions. On the microstructural level, addition of synonymous terms (included in the dictionary as headwords of cross-reference entries), implementation of terminological labels and reworking of definitions seem necessary. It is therefore proposed that a lexicographer be invited to the team of editors of a revised edition. This observation concerns the Polish version, but it equally refers to the UNGEGN English version, all the more so as a properly compiled English dictionary could render the construction of national versions considerably easier. 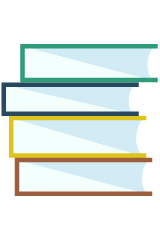 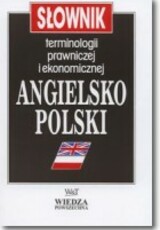